- LOCK ACADEMY ONCE MORE WINNER OF THE ESCAPE GAME AWARDS! - 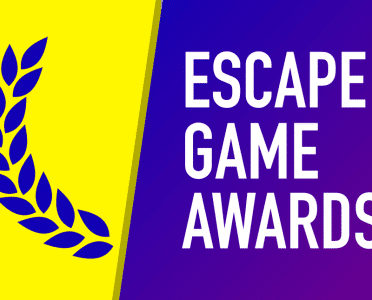 Thanks to the 10 000 saved votes, the Lock Academy managed to receive the award “Best Game Design” for it’s investigation “Little Miss Lock”, already winner of the prize “Best Storyline” in 2016, and the award of “Best Business” of Escape Room in Île-De-France! The Professor Lock is delighted!

We take the opportunity with those two victories, which make the Lock Academy the escape room of Paris the most rewarded, to thank MAPS, our astonishing decorators, and Labsterium, the creators of Lock Academy’s darkest secret. If “Little Miss Lock” was elected best storyline, it’s thanks to them as well!

But it’s also and especially thanks to you and your votes that our Escape Room of Paris standed out and receive those decorations! We want to thank you all for your participation. Lock Academy is also congratulating other businesses such as Epsilon Escape, One Hour and The Game for their awards in Île-de-France. We congratulate also all the businesses outside of Paris which standed out this year in the Escape Game Awards! Prizes all deserved!

On the strength of all those positive reviews, Lock Academy’s team is giving it’s best to entertain you even more. We are working on surprises which will arrive any time soon inside our escape room Paris. A little bird told the Professor Lock some new exclusives investigations will be coming out soon and will stand out from the classic escape room of Paris!
Stay connected dear students and thank you again for those beautiful awards!