WE ARE BACK! All our mysteries are available! Book your mission now ! The health pass / Covid pass is required, except for Operation Mindfall > 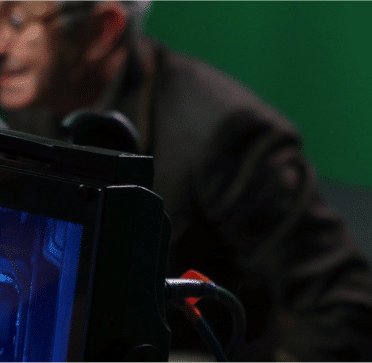 Even though he’s about to become an inspiring influence for thousands of players, Professor Lock is not real! Behind this colourful character is… A colourful man! Born in England, Alan Fairbairn, movie and theatre actor, lives in France since 1985.

He notably played in Arthur and the Revenge of Maltazard by Luc Besson, in Désaccord Parfait, a French movie starring Jean Rochefort and Charlotte Rampling and in Two Brothers by Jean-Jacques Annaud. He also played in numerous performances and currently performs The World of Harry Stork, his third solo show.

With his made in UK accent and his expressive face, Alan personifies a both troubling and intriguing, passionate and conniving Professor Lock. During the game, the players will learn to know him better through short clips produced by Videology.