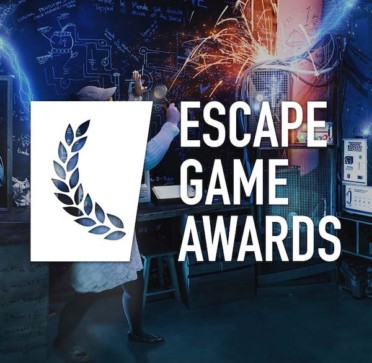 In 2019, the Awards were presented during a live ceremony at the Paris Game CaféThe Good Game. The Lock Academy had received two awards. For its 2020 edition, the escape game awards were live streamed on Facebook! As a result, our brand was nominated for the most prestigious trophy: best Escape Game in Paris – Ile de France, for the third year in a row!

Created in 2015 by the Escape Game review blog EscapeGame•fr, the Escape Game Awards are as of today, the only event that puts in competition the best escape rooms and Escape Game brands of France, Paris and elsewhere.

This event’s mission is to promote the best escape games of the Capital and all over France. It considers the quality of the adventure and the experience offered to the players, as well as the riddles, decoration and many other elements. The reviews and awards from this event are a reference in the Escape Game world.

To award these different prices, the Escape Game Awards chose to rely exclusively on the escape game players this year. They were invited to vote for their favorite games from the 7th to the 14th of October 2020. The websites and blogs specialized in Escape Rooms voted the same way. In each region, it was possible to elect its favorite room or brand in three categories:

Last year, the votes from the blogs and specialized websites counted for 30% of the final evaluation. The remaining 70% came from the public. In Ile-de-France, twelve blogs participated in the 2019 edition. In 2020, the choice relied only on the players’ votes.

– The 7 ESCAPE GAME AWARDS won by the LOCK ACADEMY – 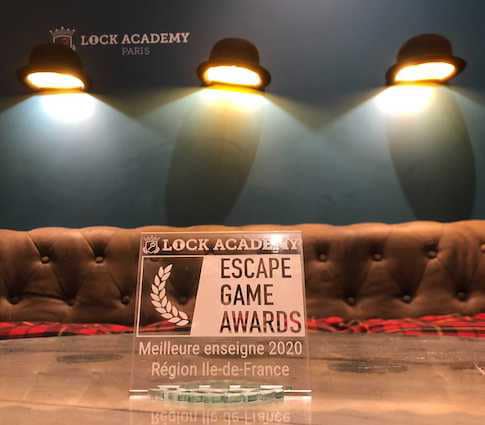 Since its first participation in 2016, Lock Academy has been the most awarded Escape Room Brand! [editor’s note: no awards ceremony was conducted in 2018, the organizers decided to postpone the competition to early 2019] A performance proving that the riddles, evasion games and activities of the Lock Academy are of excellent quality.

During the 2019 edition, our brand won two out of the three categories in which it was nominated: Best Game for its mystery The Exam at the Lock Academy Sébastopol and Best Escape Game Brand! The Escape Room in Paris the “Exam” offers a unique experience to the players. They need to look for the best clues in an impressive environment in order to achieve their examination.

The 2019 Prize for best decoration of an escape room in Il-de-France was awarded to One Hour for the Abattoir, its horrific Escape Game.

In 2020, its Unleash Escape who won that trophy, as well as Best Game for the Nautilus. A big congratulations to them!
The Lock Academy won Best Escape Game in Paris – Ile-de-France for the third consecutive year! A unique performance!

Congratulations to all the winning brands in the other French regions, showing the diversity and quality of escape games all over the country.

The entire Lock Academy Team, and in particular the two founders Laurent and Romain want to thank everyone who contributed in this beautiful success. Launched in 2015, our Lock Academy hopes to continue to offer great moments of entertainment to those entering its detective school. New surprises for the years to come! The best escape games in Paris and the rest of France, have for mission to immerge players in precise environments: the experience is successful if the players’ immersion is full and if the stories and riddles of the escape room are captivating.