History and origin of Escape Games 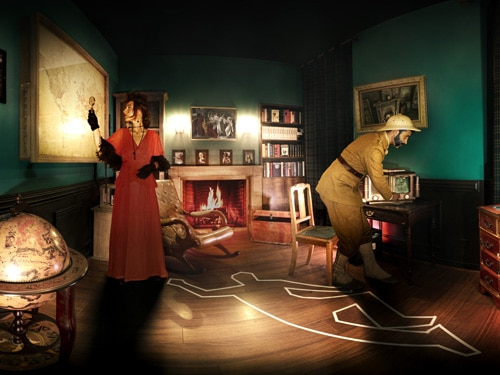 The origin of Escape Games comes from video games called « Escape Room » or « Escape Game ». The concept is simple: the players need to solve riddles by interacting with their environment in order to escape from a room and get to the next level. The first Escape Game video game, Crimson Room, was made in 2004 and was created by Toshimitsu Takagi. The term Takagism will see the day to refer to this type of games, especially in the escape room fan base. In China, the club « Beijing Takagism » was founded in 2012.

It’s in 2007 that the Japanese company, SCRAP, chose to change the concept by creating Live Room Escapes. Its founder, Takao Kato, wanted to put the players in a real-life situation. They needed to evolve in a themed room and solve riddles to escape it in a specific time period (several minutes or more, depending on the story). The history of escape games was then developed in the rest of Asia before arriving in Europe.

At the beginning of 2020, we could count over 2200 rooms in 800 different companies throughout France, with around 200 Escape Rooms in Paris. Following the example of HintHunt’s success, a lot of news rooms opened in April 2014, with an acceleration in 2015. Indeed, almost 20 new escape games were opening each month in France between 2018 and 2019.

And the history of Escape Games is not at its end because new rooms are still opening each week in France! This is why escape rooms are also very popular for groups of friends for birthdays, or for groups of colleagues that are looking for a team building in Paris or elsewhere. Some escape rooms were created to welcome families with children: the difficulty of the room will be adapted in order for kids to understand the adventure and solve riddles by themselves.

Lock Academy entered the history of Escape Games in Paris on the 10th of October 2015! After a first establishment at 25 Coquillière Street, it’s a second detective school that opened its doors in June 2018 at 131 Sebastopol Boulevard. Lock Academy establishments were also opened in Toulouse and Troyes. Lock Academy has received numerous awards, counting the best Escape Game of Paris region Award.

– The 7 mysteries of Lock Academy Paris –

Will you be the best detectives? Book your investigation at Lock Academy Paris! 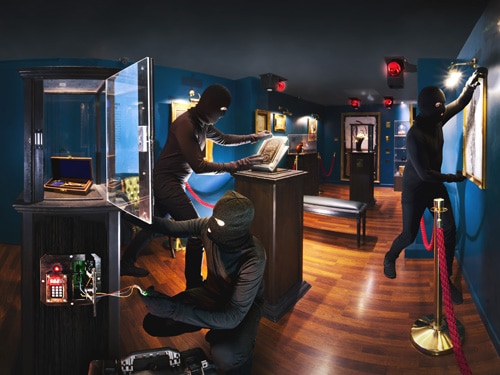 We can note differences between Asian and European rooms. In Asia, Escape Rooms are more based on competition. Whereas in Europe, the clients are very sensitive to immersion. Each room is studied to give an optimal experience to the group, with elaborated scenarios.

Budapest, in Hungary, was the first city to bring Live Escape Games in Europe. The company Parapark was created in 2011. Its founder, Attila Gyurkovics, had the idea of opening a Live Escape Game without realizing that they were already well developed in Asia. He was working on a new Team Building project.

A year later, the origin of escape rooms continues with the first Hungarian franchise: Hint Hunt. The same year, the company SCRAP made its beginnings in the United States under the name « Real Escape Game ». Hint Hunt soon saw the day in England and then in France in 2013.

In 2013, it’s also the Canadian escape games history that begins. A true community of escape rooms addicts was born. They created blogs where they comment, give their reviews and list information about the adventures and products that they tested.

What are the inspirations for Escape Room?

A great source of inspiration for Live Escape Games is role play. These games ask the players to impersonate a character and interact with other players. In a Live Escape Room, the players are immerged in a theme where they sometimes need to embody characters in order to solve their mission and escape the room. Escaping the room is the number one mission for the players. They need to solve riddles, find clues and information in the space where they find themselves.

Treasure hunts also inspired Escape Games because the players need to look for clues in specific areas of the room.

The different escape rooms themes are often inspired by books or movies. Others like the Lock Academy preferred to create their own environment and stories. Indeed, at the Lock Academy you will embody student detectives! You will discover the different rooms of the school to solve mysterious investigations!

Ready to become real heroes? To meet the challenge and try the escape room experience in Paris, with friends or family? Discover our investigations!